AngelSquare was a way to virtually invest in companies on top of AngelList API.

We built a chrome extension that allowed you to put fake money into companies you liked on AngelList and then use the market demand to assign prices to these shares. This allowed users to try to pick the “next hot company” early on, and see how well they did.

The idea was the data generated from this “game” could actually be very useful in the real world to Angel Investors.

It had some decent usage for about 3months, but as a sideproject, we couldn’t really keep momentum going with it. The one thing that lasted from the project for a few years was an AngelList Profile widget that startups could embed on their site. 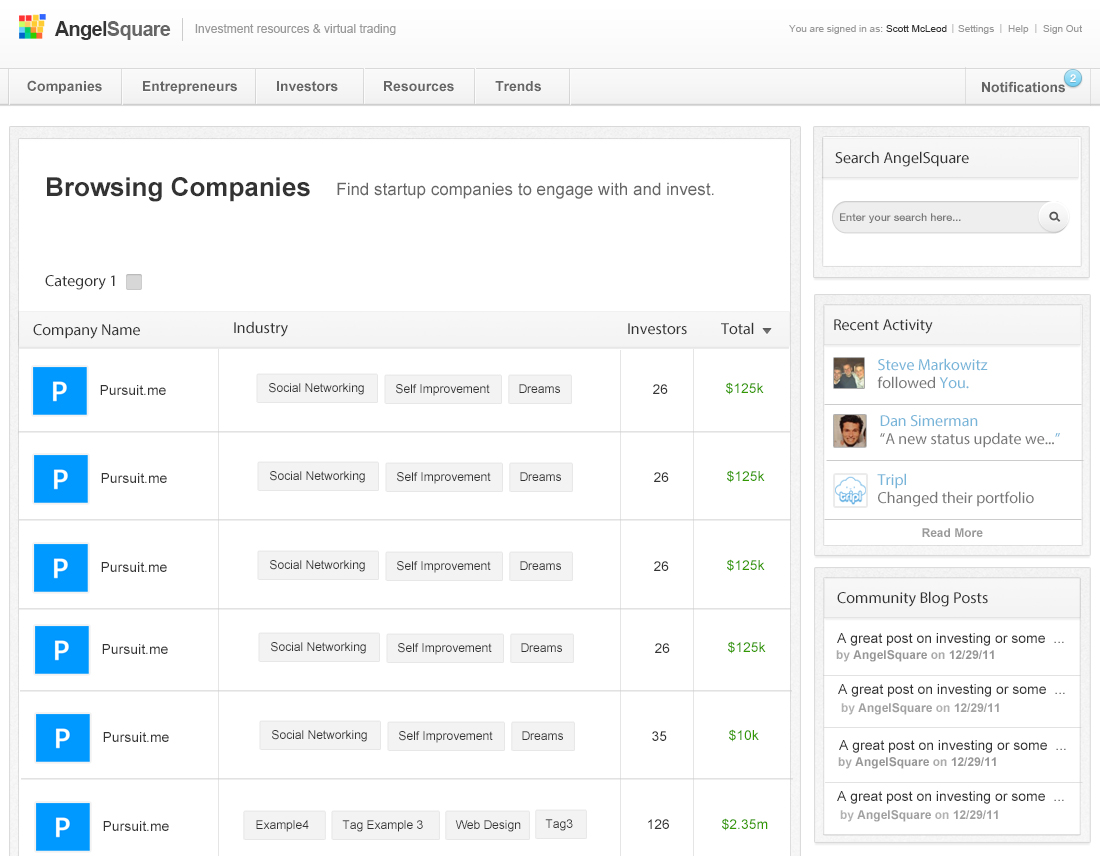